The history of the Society is intertwined with the history of another organization, the National Foundation for Depressive Illness (NAFDI). NAFDI was formed in 1983, as a non-profit foundation comprised primarily of scientists active in depression studies. The Executive Director was Mr. Peter Ross. NAFDI's most influential period started in the early 1990s, when funding was received from a gala put together by NAFDI and the office of Senator Orrin Hatch. Mr. Ross recalls that the initial idea for ASCP came from Dr. Gerald Klerman, a NAFDI board member, who indicated that "the field needs an organization that bridges the gap between what's known in the labs and what's practiced clinically."

A Conversation with Drs. Paul Wender and Donald Klein, Founders of ASCP 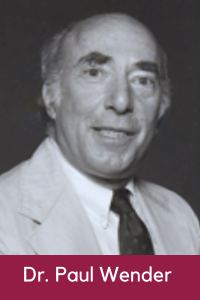 Dr. Paul Wender relates that one day he received a call from Senator Orrin Hatch, who asked Dr. Wender to see an acquaintance with depression. This occurred, and impressed with the results, the Senator began to discuss with Dr. Wender how to get the word out concerning the treatment of depression. As discussed above, along with Sen. Hatch’s staff, Mr. Ross of NAFDI, Dr. Wender, and later, Dr. Donald Klein, planned a gala in Washington, D.C. The proceeds from this gala were presented to Dr. Wender by First Lady Barbara Bush, and used to enhance the work of NAFDI.

NAFDI did well throughout the 1990s, being responsible for a substantial amount of the media’s coverage of clinical depression from 1989 through 2000, and establishing call-in response lines for information on depression. Funding waned, however, and NAFDI formally ceased operation in 2004. 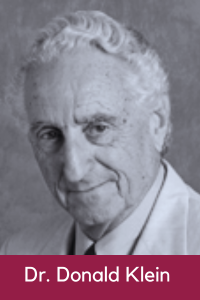 Leaders in the field were canvassed with regard to whether such a professional organization would help improve both care and clinical science. This led to much interest and discussion regarding the specification of goals and planning. The first meeting of what was to become ASCP was organized by Drs. Klein and Wender, past president and chairman, respectively, of NAFDI, Peter Ross, NAFDI Executive Director, and Dr. Louis Lasagna, a clinical pharmacologist.

The first ASCP meeting was held at the May 1992 American Psychiatric Association meeting. Fifty well known clinical psychopharmacologists participated in an animated 3-hour discussion concerning just what such a group should be. That this new group was necessary received overwhelming assent.

The group which organized the first meeting then facilitated the formation of the steering committee. Members of the first steering committee (which became the first Board of Directors of the organization first called AMACLIP) were: Drs. Jan A. Fawcett, Martin Keller, Donald F. Klein, J. Craig Nelson, William Z. Potter, Jerrold Rosenbaum, A. John Rush, Alan F. Schatzberg, George Simpson, Paul Wender and Mr. Peter Ross (Executive Director). A series of weekly conference calls was held to develop the Society. A statement of goals was the primary concern and was formulated as follows:

Rather than attempt by a single national convention to meet all these needs, ASCP’s founders originally envisioned a series of satellite meetings or actually participating in the programmatic planning of various organizations. The first such collaborative effort was with the American College of Neuropsychopharmacology (ACNP), as ASCP participated in developing a portion of ACNP’s annual meeting, emphasizing the science of clinical psychopharmacology. The link to ACNP was a natural one, as members of the ASCP steering committee were usually members of ACNP (including two past Presidents of ACNP).

Since that time, ASCP has presented several times at the American Psychiatric Association Annual Meeting, and at other psychopharmacology meetings, including the Society of Biological Psychiatry. ASCP has also held an annual CME meeting, which is regarded as one of the best “Update” meetings in the field. That meeting has been held in various places, but has recently found a home in New York City in the fall and Los Angeles in the spring of each year. A President’s Day meeting was held for several years, but dropped due to funding difficulties. ASCP in 2006 became the co-sponsor (along with NIMH) of the annual NCDEU meeting, held each spring.

ASCP’s emphasis on quality psychopharmacology education took a new turn in 1997, when the Society took over the development of the ACNP curriculum for residents in psychopharmacology. The “Model Curriculum” is now in its 10th edition, and is updated every two years. It is widely used in the U.S. and increasingly internationally. Presently, the Society is working on a version of the curriculum for primary care residency training and for medical student educators. Another educational project, the Clinical Trials Workshop, began in 2000. This annual two day workshop is sponsored in conjunction with NIMH and the Zucker Hillside Hospital. It brings together academics and industry researchers to teach young investigators the science of doing clinical trials.

A Society web site was started in 1999, and was completely redesigned in 2006. The Society hopes to increasingly provide information and feedback to members on a real-time basis. The goal is to foster ready communication between member practitioners and between members and experts in particular areas of psychopharmacology. A second ASCP presence on the web was developed in 2005 by the CME Institute of Physician’s Postgraduate Press as part of the “MedFair” site. The ASCP portion of that site is a virtual ASCP “booth” with information about the Society. MedFair also contains a great deal of CME material, some of which is based on the ASCP Model Curriculum. The MedFair site can be accessed through the ASCP web site.

The education of members for most of ASCP’s existence was accomplished in part through a quarterly newsletter, Progress Notes, which contained news of the Society as well as academic articles. The newsletter was replaced in 2005 when the Journal of Clinical Psychiatry became the official ASCP journal. The Journal editorial board has several ASCP representatives, and the Journal editor is a member of the ASCP Board of Directors. Each month, “ASCP Corner” appears in the Journal, with an informal scholarly article and news of the Society.

When ASCP began, it was governed by a dedicated group of clinical psychopharmacology researchers. Many of these individuals are still actively involved with the governance of the Society. However, in 2005, new bylaws were passed by the membership, which altered the Society’s governance structure. Each year 3 new members are added to the Board, and 3 members rotate off. In addition, several committees have been organized, and involve a number of ASCP members. These relate to such areas as meeting planning and programs (The Meetings/CME Committee) and the model curriculum (The Curriculum Committee). ASCP is always interested in volunteers to work on the Society’s committees.

ASCP members are sent information on all ASCP events. Many ASCP meetings are open to non-members on a fee basis, but ASCP members always are offered admission at a significantly lower cost. Annual Society dues are presently $100 for members, $85 for associate members and free for residents or fellows in a qualified U.S. or Canadian residency program (in any specialty). We would love to have you as a member!

HISTORY OF THE ASCP ANNUAL MEETING

From its beginnings in 1959 as the Early Clinical Drug Evaluation Units (ECDEU) meeting and subsequently under the name New Clinical Drug Evaluation Unit (NCDEU) to now the ASCP Annual Meeting, the conference has expanded and added new features to become the key meeting in this domain, bringing together academic investigators, industry scientists, U.S. and international regulators from FDA and EMA, National Institutes of Health components including NIMH, NIDA, NIAAA and many other professionals working in drug development and clinical trials. It provides the opportunity to present and hear new findings many of which can impact the care of patients now and with over 1,000 attendees, it is the place for networking, planning and the training of young investigators.

You may contact ASCP at:
American Society of Clinical Psychopharmacology
5034-A Thoroughbred Lane
Brentwood, TN 37027
615-649-3085
info@ascpp.org