Paul Wender Best Paper in the Journal of Clinical Psychiatry

Known as the “Dean of ADHD” by his colleagues, Paul H. Wender, MD, was a pioneer in identifying and treating attention deficit hyperactivity disorder. A researcher and clinician who treated patients with ADHD for many years, he offered insights into the progression of ADHD, as well as dietary, drug, and psychological treatments. He was the author of the classic handbook on the subject, ADHD: Attention-Deficit Hyperactivity Disorder in Children and Adults.

Wender was involved in the study of ADHD for over thirty years and wrote the first monograph on the disorder in 1971 (Minimal Brain Dysfunction in Children). In this monograph, he advanced the hypotheses that the disorder was genetic in origin and was mediated by decreased activity in dopaminergic systems in the brain. Because he found education of the parents of ADHD children played a substantial role in treatment, he described the symptoms, the causes, and the management of children with ADHD in a book published in 1974, The Hyperactive Child. The 4th edition, ADHD in Children and Adults, was published in 2000 and contains information for ADHD adults about how accurate diagnosis can be made and how ADHD in adults is best treated. He and his colleagues discovered that ADHD in adults was a recognizable disorder. They initiated studies of ADHD in adults beginning in 1976 and have conducted extensive research in this area since that time. He wrote the first monograph on ADHD in adults (Attention Deficit Hyperactivity Disorder in Adults) in 1995.

The ASCP Award Committee will review the papers submitted to The Journal of Clinical Psychiatry for the 2022 year. Papers must be original reports or meta-analysis on patient relevant research relevant to clinical psychopharmacology. The top five downloaded papers from 2022 will also be included in the nomination.

Submissions are now closed for the 2023 ASCP Annual Meeting. A winner will be announced in March 2023.

Brandon Nichter, Ph.D., U.S. Special Operations Command for his paper: “Prevalence, correlates, and treatment of suicidal behavior in US military veterans: results from the 2019–2020 National Health and Resilience in Veterans Study”. 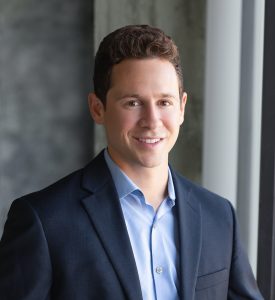